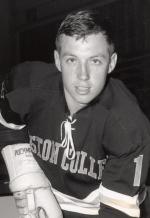 Our task at arriving at our BC athletics make-believe Mt. Rushmore - Mt. Eaglemore? - starts with what seems to be a non-controversial candidate, Jerry York.


Why He's In
Maybe Not?
X-Factor
Quote from the movie Rushmore that may or may not lend credence to his candidacy