Share All sharing options for: Headlines: Jagodzinski Out? Rollercoaster Sunday 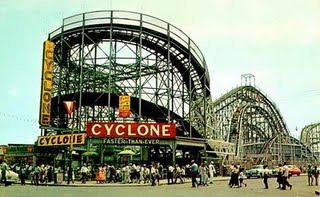 Jeff: Brian, we only know what everyone is reading on the ESPN bottom line. Gene told Jags that he is fired if he interviews with the Jets and will be replaced by Steve Logan. Jags is planning on interviewing today. You said it best to me last night, couldn't we celebrate the BC basketball victory for like 5 minutes? What do you expect to go down today? How do you feel about it?

Brian: The short answer is we really don't know how this is going to down, but my guess is that it is going to end with Jags out and Logan as the new head coach. It's unfortunate and it is certainly not the press we need at this point in the program, but I just don't see how the two sides can reconcile at this point.

Jeff: It's ugly and perhaps it is more GDFs fault than Jags because you can't really blame Jags for interviewing for an NFL head coaching job, but I am very glad that Gene is quickly stopping the bleeding from his own stab wound by naming Logan as his successor. Logan has head coaching experience and he would be likely to leave if a new HC were brought in while Spaz is likely to continue on as DC just as he stayed when TOB left. This is probably the best move to keep this year's recruits and for the future of Boston College given the circumstances.

Brian: We'll use this post to add updates as we learn more about the situation.


UPDATES
Because of the ill will generated from these events, Jags is likely out. (Boston Herald)

Have you ever heard of a college athletic department making such a threat to a coach? (New York Times)

How did this happen? and Coaching candidates (Eagle in Atlanta)

There is a clause in his contract that stipulates he would not leave the school for an NFL job until completing at least three seasons with the Eagles. (NECN)