Title on the Line and the Big Finish

Share All sharing options for: Title on the Line and the Big Finish

Brian: We move to the huge game this weekend as Boston College (8-3, 4-3 ACC) hosts the Maryland Terrapins (7-4, 4-3) for the ACC Atlantic Division title. A trip to Tampa is on the line for the Eagles as they face Maryland playmakers Chris Turner, Da'Rel Scott and Darrius Heyward-Bey. 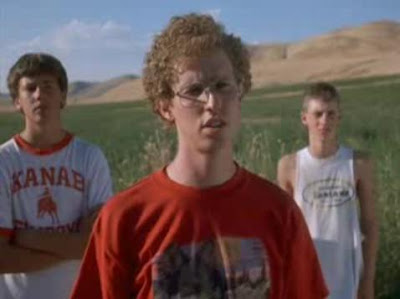 QB Chris Turner asks "Do the Eagles have large talons?"

Jeff: There are still plenty of tickets left for the game on Saturday. If you are looking for a ticket just call the ticket office or go online. If you want to get better seats than what the ticket office has left and are willing to pay slightly more than face value, go to the ticket marketplace on bceagles.com where there are over 200 blocks of seats available for sale. If you have tickets but are unable to make it this Saturday and know someone who wants them, it’s not too late to send your tickets to them. BC offers a you the ability as a season ticket holder to transfer your tickets to someone else via email for only $3.00. I am surprised that as many tickets are available for this game as there are, but I guess that’s what happens when the game is played Thanksgiving weekend during a recession. I recall the Syracuse game in 2004 being well attended so hopefully on Saturday everyone who does have a ticket will attend.

Brian: If Jeff can drive 2,028 miles for this game, we are hoping for a packed Alumni Stadium on Saturday.

Jeff: Brian, give me your keys to winning this game.

Brian: First, we need to stop the run. Maryland is averaging 186.3 total yards on the ground in its 7 wins, compared to 79 yards in their four losses. The 79 yards per game average includes when the Hokie defense just straight up embarrassed the Terrapins rushing attack with a net -12 yard performance. We want to force Chris Turner to beat us with our arm. (There’s a reason BC is leading the nation in interceptions).

Next, again we have to take care of business on third down. In the Eagles three losses, we are 15 of 49 (.234) on third down, including an abysmal 2 of 17 in the Clemson game. The Eagles third down conversion percentage is a little higher in wins – 45 of 112 (.287) – but that includes our games against Florida State, Virginia Tech and NC State where we converted on 50% (or better) of our third downs.

Finally, not to completely state the obvious, but we have to limit our mistakes, both on offense and special teams. Davis's two fumbles and the blocked punt led to 21 Deacon points last week. I don’t think we’ll be able to survive another performance like that where we give the Terrapins double digits on offense and/or special teams.

Florida State DT Everette Brown absolutely blew up the Maryland offensive line last week in the Seminoles 37-3 rout of the Terrapins, finishing with 3.5 sacks. Are you expecting our workhorses Raji/Brace to enjoy similar success this weekend?

Jeff: FSU played well last weekend and Maryland just did not show up so Ron and Raji will have success but not quite as much.

Jeff: It will be daylight at kickoff but will be dark soon afterwards. Maybe Maryland scores first and the Eagles control the game afterwards?

Brian: ACC ranked teams are 0 for 5 the last two weeks, with Maryland, Miami, North and Carolina falling last weekend, and Florida State and North Carolina the week before. Why will this week be different for the Eagles (and what about the Jackets and Seminoles)?

Jeff: ACC ranked teams are 0 for their last 5 and Maryland is 5-0 against ranked teams. I hope those streaks both end no later than 7:00pm Saturday. FSU and GT are both significant underdogs but the Yellow Jackets have a legitimate chance.

Brian: I’ll be attending tonight’s Preseason NIT semifinal tonight between BC and the No. 9 ranked Purdue Boilermakers. Jeff, what do you expect to see from the Eagles tonight?

Jeff: A much better performance than at St Louis Saturday.


Jeff: BC men's basketball is a 8.5 point dog tonight at MSG. You like those odds?

Brian: To be honest, not really. I'm hoping that the Eagles can keep it closer than that though.


Brian: Add Maryland to the list of teams that is refusing to play in this year’s inaugural Eagle Bank Bowl. Jeff, who’s going to end up in Washington D.C. against (your) Navy Midshipmen?

Jeff: So Davis will rush for one and throw for one. I'm happy with that.


Brian: Last one, predictions for this game. HD will be on campus for the first time this year to see if the Eagles can win the Atlantic. She thinks they can and is predicting a 17-14 win. Back in the preseason, we both predicted Eagles victories, although we weren’t counting on being without the services of Chris Crane. Make a prediction, who wins on Saturday?

Jeff: Dominique Davis will look much better after a week of practice with the first team and the Eagles will win. However, the game will be in question into the fourth quarter.

Brian: One week left. This is what I said last week ...

I want to go on record and say I LOVE my picks this week and fully expect to go 5-0. Translation: I'm probably looking at a 1-4 week ...

See you on campus this weekend! Go Eagles!