Brian: I will always root for chaos (unless BC is involved). Here is my rooting guide for the rest of the season - chaos edition. 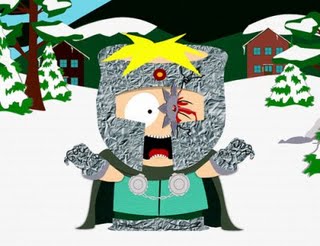 The worst possible thing I can think of for the BCS is to have a #1 vs. #2 match from the same conference (worth noting that if the conference champion isn't either #1 or #2, a third team from that conference would play in a BCS game). Now it would be easy to find a scenario where #1 vs. #2 happens to be from the Big XII (Oklahoma loses Bedlam, Texas Tech romps Missouri (again) in the Big XII Title Game, Florida loses to the Seminoles and squeaks by Bama in the SEC Championship, Texas Tech and Texas play for the National Championship), so I'm going to get even crazier ... and look towards a different conference:

Texas vs. Texas A&M: Texas A&M
Texas is caught looking, filibustering for votes to get the Longhorns into the Big XII Championship in what seems to be an inevitable three-way tie atop the Big XII South ... and Texas A&M pulls off a monumental upset on Thanksgiving (somehow, not really sure how), the likes of Stanford-USC and Appalachian State-Michigan. Maybe even bigger!

Texas Tech vs. Baylor: Texas Tech
Texas Tech beats Baylor easily, and as a result of Oklahoma loss, heads to the Big XII Championship as the Big XII South representative.

Florida vs. Florida State: Florida
The Gators demolish Bobby Bowden's Seminoles, garnering some first place votes in both polls and giving the Gators a boost to #2 in the BCS Standings (with the OU and Texas losses).

Alabama vs. Auburn: Alabama
The Tide rolls and blows out The Plainsmen. It's not even close. Sets up a #1 vs. #2 matchup in the SEC Championship.

USC vs. Notre Dame and @ UCLA: USC
Southern Cal wins out, but not in impressive, "USC vs. the rest of the Pac-10" style. They gain on Texas and Oklahoma in the BCS but fall below Texas Tech (the Big XII Champion), good for #4 in the BCS standings.

SEC Championship - Alabama vs. Florida: Florida
The Gators wins in OT by a field goal, 24-21, coming back from a 10 point, fourth quarter deficit. Doubt creeps into voters' minds as to who the best team really is. Florida is propelled to #1 in the final BCS standings, but with Alabama's respectable showing, holds onto the #2 spot over fellow 1-loss Southern Cal, 1-loss Texas Tech and undefeated Utah (who's in the clubhouse at 12-0). 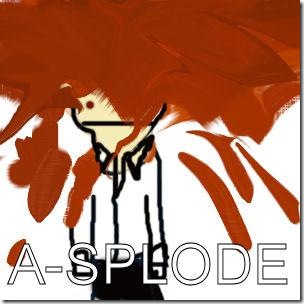 
And, for good measure, Oregon State wins the Civil War, heads to the Rose Bowl to play Penn State. A rematch of their 45-14 loss back in September. This time, it's even worse. 59-0 and the second half ratings for the Rose Bowl dip below Game 2 of the Phillies-Rays World Series.

Texas Tech and Texas represent the Big XII conference, locking Oklahoma out of the BCS after throttling Texas Tech a few weeks ago 65-21. Texas Tech goes to the Sugar Bowl and destroys the mid majors only hope Utah, while Texas gets blown out by BCS at-large Southern Cal in the Fiesta Bowl (Heisman Trophy winners don't get it done after they've won the trophy, after all). 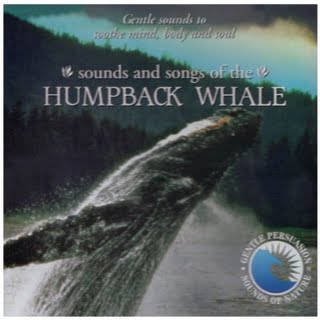 Jeff: To clarify, I am not against a playoff, but I do think that the BCS gets ragged on more than it deserves. BCS is better than no BCS where the #1 and #2 would not play in a bowl unless they happened to come from the Big Ten and Pac 10 or some other conferences that play each other in bowl games.


Oklahoma vs. Oklahoma State: Oklahoma
First, I need Oklahoma to beat Oklahoma State this weekend but not badly. Texas will head to Big XII Title game and beat Missouri.

Oregon vs. Oregon State: Oregon State
For my edition of the Rose Bowl to pan out, Oregon State needs to defeat Oregon this weekend in the Civil War.

West Virginia @ Pittsburgh, vs. South Florida: West Virginia
Two Mountaineer wins plus Syracuse following up their upset of Notre Dame with an upset over Cincinnati in the Bearcats Big East regular season finale sends West Virginia to the Orange Bowl.

SEC Championship - Alabama vs. Florida: Alabama
Finally, I need Alabama to beat Florida unlike what everyone else is predicting.

Here's what I want to see for the BCS Bowls ...
But here's what I'm rooting for this weekend ...

Brian: I agree with your rooting guide this weekend, except for Virginia Tech. I'm rooting for the Hokies to win and for an ACC Championship Game rematch. I know, I know ... you have to beat the best (IMO Georgia Tech) to be the best, but the Hokies offense is downright terrible, and it would be sweet to win the ACC against the team that knocked off arguably the Eagles best team since 1984/1940?
Plus it doesn't hurt to root for Florida State to win against the Gators. Root for all ACC teams over SEC teams this year. Expose the SEC for what it is this year - a disappointment and overrated (this year)?