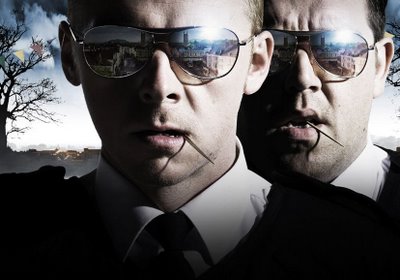 Let's get our first suspect:

Brian as Bad Cop: This year's Notre Dame schedule is a JOKE. The only team they have beaten with a winning record is Stanford (5-4). They have beaten the worst Mountain West Conference team out there at home by 8 (San Diego State), the two laughing stocks of the Big Ten this year (Purdue and Michigan), and one of arguably the worst teams in a BCS conference (Washington). I have no knowledge of when these games' deals were inked by former Irish AD Kevin White, but it's almost as if White sat down with the final college football standings of say, 2005, and scheduled the bottom feeders from each of the BCS conferences and various other teams with losing records. That year Syracuse was 1-10 (0-7), Purdue was 5-6 (3-5), Michigan State was 5-6 (2-6), North Carolina was 5-6 (4-4), Stanford was 5-6 (4-4), Washington was 2-9 (1-7) and so on and so forth. The only decent teams they have played this year - Michigan State, North Carolina and Pittsburgh - all resulted in losses. To the Irish's credit, they do close with 3 of 4 games against teams with winning records - BC, Navy and USC, all on the road. I'm sure the Irish will manage to win 6 games given this year's pathetic schedule and get embarrased in another January bowl game.

Jeff as Good Cop: Well let's compare their schedule to a schedule we know pretty well - ours. We have one like opponent in UNC this season. We have played 8 games, lost three, beaten only one team with a winning record and have beaten up on three teams with losing records and one 1-AA school. Then their remaining schedule is @ Navy, Syracuse, and @ USC while BC plays @ Florida State, @ Wake Forest, and Maryland. Clearly the best team on that list is USC, all of BC's opponents have winning records, and Syracuse stinks. In the end though, because USC is head and shoulders above Florida State (the best team left on our schedule), I'll give the two schedules a push. Then if you factor in the fact that you can't blame Notre Dame for scheduling Michigan because you never expect Michigan to stink, I'd say the Irish have a tougher schedule than BC.

Brian as Good Cop: As much as you want to think so, Jeff, Notre Dame isn't coming crawling back to the Eagles. And for all I care, let them move on. Notre Dame would rather bend over teams like Connecticut and schedule ridiculous series where UConn would play 0 games against the Irish at Rentschler Field instead of continuing the Irish-Eagles series played at Alumni Stadium. I am glad GDF doesn't kowtow to the Irish's demands to play so-called "home" games at Gillette Stadium or the new Giants Stadium. Those contracts are a joke, but the sad reality of it all is that this is the direction Notre Dame football is headed. Look at some of these silly games: Washington State in San Antonio, Baylor in New Orleans, Navy in Dublin, Ireland, Arizona State in Dallas. Notre Dame is going to end up playing 6-7 home games every year and 5-6 neutral site games in NFL stadiums at this rate.

While the series has been good for both programs, I'd rather not play the Irish than play this program at a neutral site. With upcoming series against Northwestern, Syracuse, USC and a loaded ACC schedule, I'd rather schedule other BCS teams who want to play the Eagles at Alumni than the traveling three-ring circus ND football has become.


Suspect #3: Jimmy Clausen as a better quarterback than Chris Crane

Brian as Good Cop: I will play the good cop on this one. This isn't even close. Clausen leads the No. 18 ranked passing offense in college football this year. His touchdown to interception ratio (18:9) is inversely proportional to that of Chris Crane's 8:12. Clausen has nearly a full year of experience on Crane and is getting better as the season has progressed. In his first three games he threw six interceptions but has settled down in his last 5 games throwing 12 touchdowns to only 3 interceptions. Meanwhile, Crane has been terrible the last few games and many Eagles fans are calling for his head now that he may have been the primary reason we got blown out by North Carolina and dropped to Clemson.

Jeff as Bad Cop: When Jimmy Clausen drops back to pass you know what he is going to do - pass! So of course he has more passing touchdowns than Crane. Crane, however, has 7 rushing touchdowns and so you just don't know how to defend him. He is a defensive coordinator's nightmare. Do you pass rush? Put a spy on him so he doesn't break for a four-yard carry? Or do you only play run defense so that Chris Crane will throw the ball and then you can intercept it? Chris Crane has defensive coordinators totally confused.


Jeff as Good Cop: Brandon Walker is a far better kicker than Steve Aponavicius. If you look at 53.3% vs. 58.3% you might think it's close but the only reason why that statistic is close is because Aponavicius hasn't attempted a field goal beyond 40 yards. If Aponavicius had some more attempts this season, he would have an even worse percentage. Also, look at Walker's long of 48 yards versus Aponavicious's long of 36. That's a big difference.

Brian as Bad Cop: Hard to argue against this but I'll give it a shot. While Walker's stats are a bit better than Aponavicius', Apona hasn't straight up lost a game (yet) for the Eagles while Walker has. Walker's 38 yard field goal miss in the fourth overtime gave Pittsburgh a chance to win the game last week. While Apona's field goal misses have been costly in our losses to Georgia Tech and Clemson, they haven't come in pressure, late-game situations. Not to mention that Walker's 53.3% field goal percentage is an IMPROVEMENT on last year's 50% field goal percentage. While Apona's percentage has steadily declined from 2006 (72.7%), he's never had a season where he's only hit 1/2 of the field goals attempted.

Jeff as Bad Cop: What have you done lately Charlie? Does that Super Bowl ring still fit? Are you keeping it shiny? Do you send Tyrone Willingham a Christmas card every year thanking him for sending you to the Fiesta Bowl in your first year? Since then you have done nothing and have taken the once high and mighty Notre Dame football program and turned it into a joke of a program. If you are able to go 7-5 this year you should be extremely happy and you should enjoy every minute of whatever bowl you go to because next year it is going to be just as difficult or more difficult for you to get your team back there. Charlie Weis stinks.

Brian as Good Cop: Such hate for a guy from New Jersey, Jeff. I will bite my tongue and play the good cop on this one. You say I won with Ty Willingham's players, Jeff? Well how did Willingham do with those same players the year before I got there? Oh, 6-5? Willingham could recruit, but he couldn't coach. Look at that mess up in Washington! I can coach. I coached up Ty's recruits and posted a 9-3 record in my first year and a 10-3 record in my second year. That's two consecutive BCS berths baby! How many BCS bowl appearances does your boy Jagodzinski have? Sure, I won't get there this year, but look at my schedule next year! We are going to feast on the bottom-feeders of the BCS, go 9-3 in 2009 and get a nice fat check for getting our butts handed to us in another BCS bowl. Not to mention the fact that I risk personal injury to myself for the benefit of my team. I don't see Coach Jags getting laid out for your Eagles!