My better half wanted to weigh in on last weekend's bus trip to Chestnut Hill to provide a female perspective on the weekend. While I thought she would counterbalance my disappointment in the result of the game, turns out I was wrong?

Let me start with a disclaimer: I don't know much about football. In fact, I've only been watching football for the last few years. I'd be the first to admit I don't really understand the game. Therefore, I'm the last person that should provide any sort of analysis of a football game. However, I can comment on the more general things. There are certain things one can comment on without having to know what special teams does (or why it's always plural?). For example, you didn't have to be an experienced football watcher to see that Saturday's game showed that BC had lost its flair from last year.

Last year was amazing (even for someone like me!). I didn't have to understand everything that was happening to enjoy the game. Matt Ryan et al made the games so entertaining. They had a rhythm. They threw the ball, instead of running. They rarely disappointed. In a game with Matt Ryan, being down by 3 with 3 minutes left didn't phase the crowd. I truly believed that last year's team could do (almost) anything. The game wasn't ever over until the clock hit zero.

However, this wasn't the case on Saturday - not even close. The things Matt had made look so simple, were no huge obstacles for our team. Why couldn't Crane throw a catchable pass to someone that was WIDE open? Why couldn't we kick a good field goal? Saturday's game was painful to watch, rather than exciting and jubilant. It made me long for last year's season, when no matter what happened, we could walk out of the stadium with heads high, smiles, and knowing that we were an awesome team. This past game people left the game well before the clock hit zero, and instead of talking about a "good game," everyone was discussing what went wrong.

For some one that doesn't understand football well, I'm left wondering how we suddenly lost so much talent and how do we get it back? Are we doomed? Is there anyway to get any of the fun and excitement back into Boston College football games? I'm convinced we need to clone Matt Ryan. Agree?


If the bus ride home wasn't painful enough, we followed the Falcons-Lions game on our cell phones and learned about Matt Ryan's winning ways on opening day for the Falcons. Congratulations Matt! Come back? 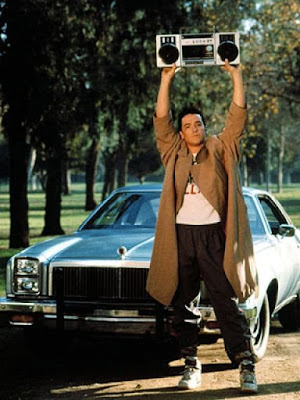