Share All sharing options for: Central Florida Preview and the Big Finish 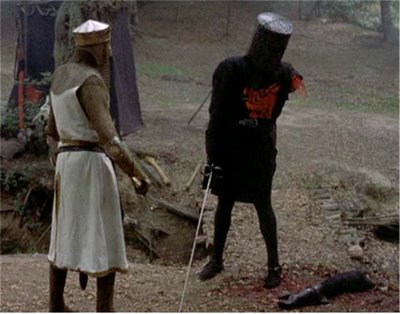 What is Central Florida going to do?! BLEED on us?

Jeff: Brian, tomorrow's game against UCF can't come soon enough. After tomorrow we can start talking about Crane's improvement and how BC can compete for the ACC crown this year. But that's what we'll talk about on Monday, give me a storyline that you expect to hear over and over from Larry Coker and Dave Armstrong.

Brian: As the game wears on, if the Knights stick with the Eagles, you are probably going to hear about the this year's ACC vs. Conference-USA track record. And by track record, I mean the week 1 East Carolina upset of Virginia Tech. ECU plays their second of three ACC teams tomorrow at noon in NC State. If the Pirates are rolling the Wolfpack and the Knights are keeping it close, expect to hear the announcers praising the Knights and bringing up the possibility of yet another Conference USA upset of an ACC team. ECU will most likely go 3-0 against the ACC and BC will be the only hope for the conference knocking off a Conference USA team this season.

The ACC is 277-168-13 all-time against Conference USA teams, but Boston College is a mere 9-9 against C-USA teams. Central Florida has only beaten an ACC team once (1-8 overall), with their lone win coming against NC State last year in Tom O'Brien's first game as Wolfpack head coach.

Jeff, what story line are you expecting to hear about tomorrow?

Jeff: I think BC is going to take control early. If our offense doesn't do it then the defense will do it for them. BC's defense is then going to be the story. There will certainly be some talk of Albright's injury (and his replacement Austin Giles) but the announcers will praise Brace and Raji and our linebackers. I just hope they pronounce their names correctly this time. We'll hear the same old stat of how our defense was #2 in the nation against the run last year but there will be even more talk about how this year the defense needs to win games for us since there is no Matt Ryan.

Brian: Rich Gunnell and Chris Crane are now on the same page. The chemistry is back! Jeff, your thoughts?

Jeff: See, Gunnell was going for the home run - the touchdown - because he's a winner. Crane just needs to start realizing he's got to think that way too or sit the bench.


Jeff: Gimme odds that Crane and Gunnell hook up for a TD tomorrow?

Brian: Gunnell had 7 touchdowns last year and 0 touchdowns this year through 2 games. Since Central Florida's defense is the strength of their team and I expect a low scoring game, I'll go low on this and say 30% chance.


Brian: Back in August we both predicted a low-scoring affair for our game tomorrow and we agree with almost everyone else that the Eagles will win. Except for one. Jeff, you surprised by this prediction?

Jeff: You posed this question to me before I could give it to you. HD hates us.

Brian: ... Most Maryland fans do. You sticking with your 17-13 prediction. Care to change it up at all?

Jeff: I'm feeling even more confident in the Eagles now and will go with 24-10.


Jeff: If there is a 4th and 3+ tomorrow inside the Knights 34 yard line, does Jagodzinski send in the field goal unit?

Brian: He better. We need to instill confidence in our placekickers. Better get the kinks out of the way in a non-conference game, otherwise field goal kicking could continue to haunt us when it matters.


Brian: Last one, huge game with ACC Atlantic implications as Wake Forest visits Florida State on Saturday afternoon (a game that - hello? - isn't a sellout?!) Wake comes in at 2-0 and ranked 18th in the nation. Florida State also comes in at 2-0 after beating up on the dregs of the Football Championship Subdivision ranked #25. FSU remains largely untested and will still have several players unavailable due to suspensions from last winter's academic scandal. Make a prediction Jeff. Who wins?

Jeff: While Wake could cover the spread and still lose, I think you'll see by my Pick 5 that I expect Wake to win. 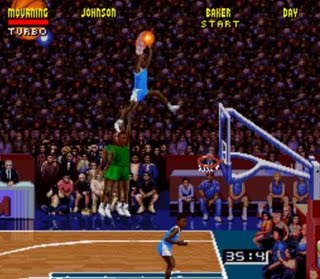 Brian: It's heating up ... as I hold a slim one game lead on Jeff. It's been all downhill for me since week 1.

Enjoy all the college football games this weekend. Go Eagles!