Share All sharing options for: Blackouts? Whiteouts? Fun with Jerseys

Our conversation in yesterday's toss up (a toss up that reader bcmike declared was a resounding Jeff beat down of me ... boo!) got us thinking about football uniforms. After Georgia announced they were throwing down the blackout for their game in Athens against #8/#10 Alabama, now Penn State has gone ahead and thrown their hat into the ring. Penn State has announced they they are going with a whiteout for Saturday night's home tilt with #22/#21 Illinois. When will the madness stop?

Luckily for the rest of college football, Penn State isn't playing the Bulldogs this weekend. Otherwise, the game might look something like this ... 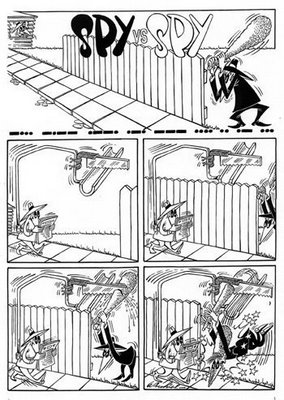 Anyhow, on the whole I think BC has done a nice job with the football jersey redesign (other than the white jersey, gold pants road combination which has been our undoing). But we got to thinking - what are the worst combination football jerseys out there that would render a (insert team color here)-out completely unwatchable? Oh sure, there are other lists out there counting down the worst football jerseys in college football (see: Sports Illustrated and ESPN's Page 2), but this list has a slightly different take.

This list should serve notice to the following ADs that for the good of the country, never, EVER consider a (your team color here)-out for a major college football game.

6. "Let me pick two of the ugliest uniform colors and throw them together"-out (Florida A&M) - This is what Miami's uniforms would look like if they played in the MEAC and not the ACC 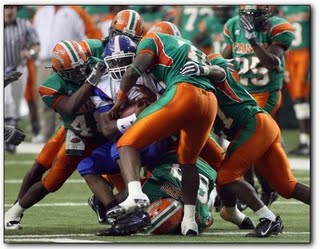 5. Brownout (Wyoming Cowboys) - Would look better with the lights out 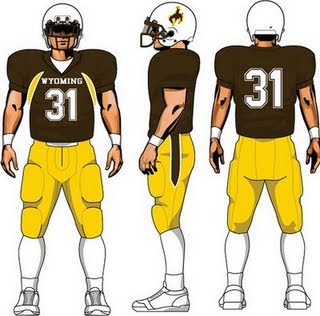 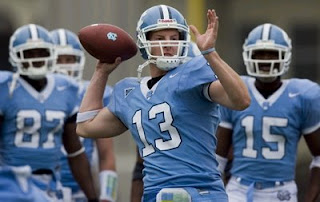 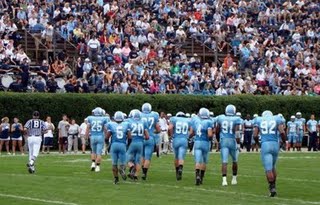 3. Purple out (Clemson) - Purple may be the color of royalty, but this would be awful to look at (I'm fully expecting Jeff's fiance to call me since I'm throwing Clemson's unis under the bus) 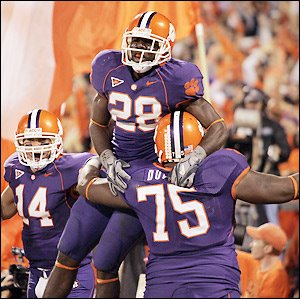 2. Yellow out (Oregon) - I have no problem with yellow, but this looks like someone took a Sharpie highlighter to their uniforms. Combine with their metallic yellow helmet for maximum annoyance 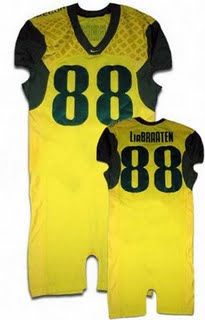 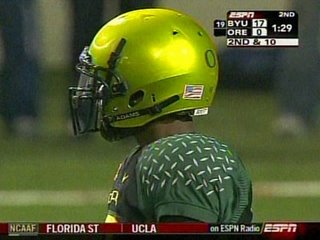 1. Orange out (Syracuse) - Some teams can pull off orange (e.g. Clemson, Oklahoma State), while others ... well, no further explanation necessary 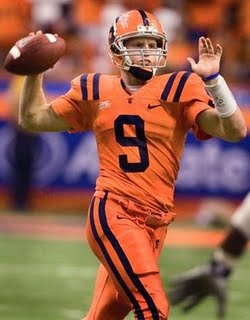 Uniforms so ugly they force Orange fans to avert their eyes! 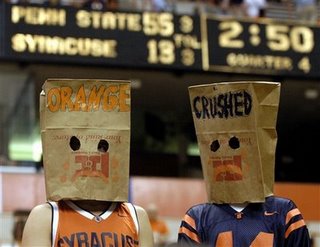 One more thought on a possible BC color-out. What if we wore Superfan yellow for one game? It didn't work for West Virginia in the Backyard Brawl with a spot in the BCS National Championship Game on the line, but maybe it could work for the Eagles? 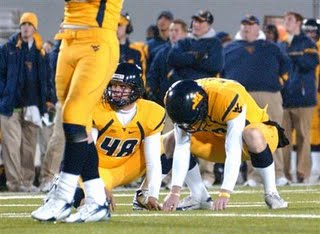