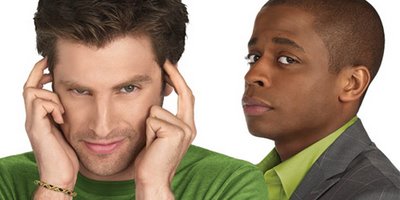 Welcome back to the BC Interruption psychic hotline. Today we peer into the crystal ball and determine the fate of Boston College's #4-6 opponents in 2008.

Who Ya Got? Game 4 - Boston College vs. Rhode Island

Brian: I see this game very clearly. This game will not be nearly as ugly as last year's affair against Rhode Island's fellow Colonial Athletic Association member Massachusetts. Last year, we eeked out a win against the Minutemen 24-14, in a game that was 17-14 Eagles at some point in the 3rd quarter. UMass would go on to finish the season 10-3 and make it to the FCS nee I-AA quarterfinals. The Rhode Island Rams are not nearly as tough as the Minutemen, having finished last year's season at 3-8, tied for last in the CAA's North Division. This year, Rhode Island breaks in a new head coach - Darren Rizzi - and a new offensive system, moving from the triple-option to a spread offense. Their offensive line will be going through some familiar growing pains of shifting from a primarily run-oriented offense to a creative, passing offense. And a bunch of players are switching positions for the 2008 season. This all adds up to a game that isn't going to be remotely close. I see Boston College cruising to a 35-3 victory. Chris Crane will hang it up at halftime and we'll see a glimpse of the future as Dominique Davis takes snaps under center for the second half of this game.

Jeff: Brian has this one covered. This is the only game on the schedule that there is no doubt will we win. Even the Kent State game has a chance to be a loss but this is no question. Final Score - 49-17.

Who ya got? Game 5 - Boston College @ North Carolina State

Jeff: Last time BC went to Raleigh we were under the reign of Tom O'Brien and the game resulted in absolute DISASTER. A 17-15 last second loss which could've been an easy victory with had we not had kicking problems. This year will be different though. NC State is still rebuilding and in my opinion is far from rebuilt. On the other hand, though, there is probably no game that TOB wants to win more this season than this one so he is going to pull out all the stops. Not to mention the Wolfpack fans will be out in full force to help cheer on the team. In BC's corner though I expect a good turnout from Eagle fans at least by BC standards for road games. However, the simple fact is that since TOB left we replaced him with a better coach and Logan is a better offensive coordinator. Therefore I give Boston College a checkmark in coaching, offense and defense this game and expect a 2 TD victory. Final score - 31-17.

Brian: I missed watching this game two years ago. I was in England with work and the game was an 8pm start so it was played in the middle of the night. As soon as I woke up the next morning, I checked my cell phone and had to do a double and triple-take to make sure I had read the score correctly. As Jeff points out, our last trip to Raleigh was painful. I'm half-tempted to chalk this one up as yet another WTF loss. O'Brien is certainly still rebuilding but he did manage to get his Wolfpack to rattle off a 4-game winning streak last season, including a 29-24 upset of then #15 Virginia. As Jeff points out, TOB will throw everything he has at us this game, but I don't foresee a Wolfpack victory. With BC Interruption in attendance, the Eagles don't disappoint on their first true road test. Boston College cruises to a 24-10 victory.

Who ya got? Game 6 - Boston College vs. Virginia Tech

Brian: Since Boston College joined the ACC in 2005, only one team has a winning record against the Hokies in ACC regular season play: our Eagles. We are 2-1 against the Hokies over the past 3 years, with a 22-3 beat down in 2006 followed by Matt Ryan's Miracle in Blacksburg last season. So the question is will this trend continue this season, or will the Eagles fall back to .500 against Virginia Tech? I see the Eagles actually winning this game, to push BC to 6-0 on the season.

Sure the Hokies are ranked #15 in the ESPN/USA Today preseason poll, but I think this ranking is due partly to some legacy votes given the reputation of the program and the weak ACC Coastal slate of games. I am not that high on the Hokies this year, and Mark Schlabach agrees with me. Virginia Tech simply has too many holes to fill. The Hokies only return 6 offensive starters and 4 defensive starters. There isn't really any depth left in the receiving corps, with the departures of Eddie Royal, Josh Hyman, Justin Harper and Josh Morgan. Last year's starting running back Branden Ore is gone. I believe the Eagles will take care of whomever the Hokies throw under center - either Glennon or Taylor, and will be effective at containing Taylor on the ground. So long as the Eagles limit their mistakes on offense and we don't let Beamerball get the best of us (as they did in the ACC Championship Game with our ineptitude on special teams), I see a low scoring affair, but a game the Eagles ultimately win. 17-14 is the final score, and the Hokies regular season woes against Boston College continue.

Jeff: 2-1 against the Hokies in the past 3 seasons in regular season play. BC needs revenge after the loss in the ACC Championship game last year, but I simply can't predict the Eagles going 6-0 this year. Va Tech has holes to fill but let's not forget BC's questions marks as well. This is the first of a difficult stretch of games for the Eagles and I am going to predict a loss here. Running QBs have seemed to give the Eagles fits over the years so Taylor presents this problem and Glennon played awfully well in Jacksonville last year. BC should be 5-0 at this point of the season and ranked about #17. Meanwhile, Va Tech has a good chance of being 6-0 and ranked in the top 10. This game will get plenty of ESPN coverage and might even be a night game which I think would play into the Eagles' hands but being a game that attracts national attention favors Frank Beamer. Final score - Virginia 28, Boston College 13.


Brian: That's it. We are out of premonitions this week. Check back next week for a look at BC's games against the North Carolina Tar Heels, prohibitive ACC favorite Clemson Tigers and the Fighting Irish of Notre Dame.