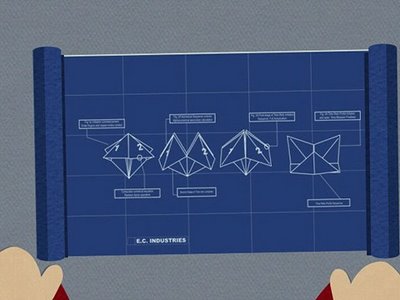 We are way cooler than Juwanna Man.


Welcome back to the BC Interruption psychic hotline. Today we peer into our crystal ball and determine the fate of Boston College's #7-9 opponents in 2008.

Brian: Boston College is 0-6 against UNC head coach Butch Davis during his time at the University of Miami from 1995-2000. North Carolina is also the only team in the ACC that the Eagles haven't beaten in their first 3 years in the league. Do the Eagles notch their first win against Davis and the Tar Heels and push their record to 7-0?

I've gone back and forth on this one and have had a change of heart. I originally thought the Eagles would lose this game, getting caught looking ahead to the November 1 showdown with presumptive ACC Atlantic champion Clemson. However, I do see the Eagles escaping Chapel Hill with a win. North Carolina is a chic pick to win the Coastal Division this year (or at least make a run at Virginia Tech), given the extremely weak Coastal Division. I have no doubt that the Heels will continue to improve under Davis, but I think the benefits to the program are still a year or two away. Quarterback T.J. Yates should improve this year, but the Heels don't have much of a running game and I don't see them getting much done on the offensive side of the ball. UNC also doesn't force the turnover (96th in the nation last year), so I see the Eagles marching to two scores and the defense coming up with a third. 21-13 the Eagles survive.

Jeff: While it is true that BC has not beaten UNC since joining the ACC, that is a very skewed stat. BC and UNC have only played one time in conference and BC beat UNC in the Continental Tire bowl the year before joining the league. UNC is getting some votes in our poll and in many others to win the Coastal Division but I just don't see it. UNC went 4-8 with no road wins and their ACC wins came against Maryland, Miami and Duke and all were by less than a TD. UNC might improve this year but they are still going to stink. They should be very happy going 6-6 or 7-5 with a bowl appearance. BC will win this game easily to improve to 6-1. Final score = BC 31 UNC 15

Jeff: The toughest game to predict all season. This will be the best Clemson team that BC has faced since coming to the ACC but BC has the home field advantage and seems to have Clemson's number. At this point of the season BC should be 6-1 and probably ranked #19 or so. Clemson will be 6-1 or 7-0 and this game will be the biggest hurdle for their ACC and national championship hopes.Tommy Bowden will probably live up to his reputation and lose this game, but at the same time, a win would give the Superfans a reason to storm the field and carry goal posts into the mods which has not been done since the '90s. Final score = ?-?

Brian: I can't believe I'm going to disagree with a Clemson sympathizer on this game. But that's exactly what I'm going to do. I see the dream system ending for the Eagles in early November, just like it did last season. As much as I love to think that BC has Clemson's number, these games have been far too close and I think Clemson is due for a W. The only chink in the Clemson armor is their inexperience at offensive line. Now, just because I think the Tigers win this game doesn't mean that I'm not fully anticipating Tommy Bowden living up to his reputation. I do see the Tigers coming up short against either Alabama in the season opener and/or at Florida State in the Bowden Bowl, and I definitely have them losing at Wake Forest on a Thursday night in early October. If the Tigers do fall to the Deacons, our road trip to Winston Salem may very well end up being for the Atlantic Division crown.

Back to this game, Clemson has loads of talent on the offensive side of the ball. Spiller and Davis are perhaps the best 1-2 punch in the backfield in the nation. QB Cullen Harper benefits greatly from defenses scheming to stop the Spiller/Davis tandem, and actually had better raw statistics than Matt Ryan last season (27 touchdowns, 6 interceptions). I think BC will be effective at neutralizing Spiller and Davis but they get burned through the air for 2-3 scores. The hero of the game ends up being Clemson's kicker Mark Bucholtz who ends up knocking in 3 field goals. Finally, the Eagles are 3-0 against Clemson with BC Interruption in attendance. This will be the first year I unfortunately cannot make the Clemson game as I'm running the NYC Marathon the next day. Without me in attendance, the Eagles luck against the Tigers runs out, and Bowden and the Tigers cruise to a 37-21 victory.

Brian: We can certainly lose both of these games in this 2 game home stand, but not against the Irish. Not at home. BC should be favored to win going into this game, and fueled by the fact that the team is going to be pissed off they lost their first game of the season to Clemson in ACC play, the Eagles take care of business at home. This pushes their winning streak over the Irish to an unprecedented 6 games.

I do believe that Notre Dame will be one of the most improved teams in the country this year - I mean, at 3-9, there's nowhere to go but up. I see the Irish winning 6-7 games this year and ending their 0 for 9 bowl losing streak misery (although admittedly, this premonition is partly due to their much easier schedule in 2008). The offensive unit should be much improved behind quarterback Jimmy Clausen. The Irish only lose 2 starters on the offensive side of the ball. The defense was hit much harder by graduation with the departures of Laws in the secondary and Zbikowski. The arrival of Jon Tenuta as Weis' new defensive coordinator should help the unit as a whole, but lest we forget who won the battle of Tenuta v. Logan last year. It was Logan utilizing Matt Ryan's arm to torch the Georgia Tech blitzing schemes en route to 30 completions, 435 yards and a score in a 24-10 pasting of then #15 ranked Georgia Tech at Bobby Dodd.

Like most of the games in this series though, nothing comes easy when we are talking about the Holy War. I see the Eagles eeking out a 31-28 victory behind a career day for Crane and Haden and improved O line play to give Crane just enough time to succeed against a Tenuta blitz-happy defense.

Jeff: ND has an easier schedule this year? The teams that Notre Dame played last year but does not play this year were Georgia Tech, Penn State, UCLA, Air Force and Duke. Were any of those top 25 teams? No. This is one of the easiest games to predict as far as win-loss but hardest to predict as far as what the score will be. BC will win because they are at home and own the Irish since 2000. Also, since it is Notre Dame, there is no chance for a letdown. Our fans and players will be ready without a doubt. Final score is a crapshoot but I'll go with Boston College 29, Notre Dame 18.


Brian: I see one more set of premonitions from us next week. That's it. Next week wraps up the regular season with previews of our road tilts with Florida State and Wake Forest and the season finale against Maryland.