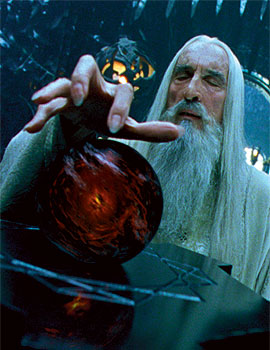 Welcome back to the BC Interruption psychic hotline. Today we peer into our crystal ball and determine the fate of Boston College's #10-12 opponents.

College football games should mean something in November, and this year's schedule makers made it so. The Eagles finish up the regular season against three Atlantic Division rivals.

Brian: This preview is devoid of a lot of statistical or personnel analysis. I am just not that high on the Seminoles. I know a lot of the mainstream media and sports writers think the Seminoles can return to 8, 9, or 10 wins this season, but I just don't see it. There will be a log jam at the top of the Atlantic Division standings come November, but I don't see Florida State in the picture. For this game, I foresee the Eagles defense putting in their most dominant performance of the year. We make Seminole senior quarterback Drew Weatherford look bad with 2 interceptions, and the offense does just enough to win the game. BC wins to improve to 9-1 on the season and heads to Winston-Salem with a shot at another Atlantic Division crown. Final score - BC 14, Florida State 6

Jeff: Jeff: BC should be ranked about #25 heading into this game and FSU probably outside of the top 25 but still getting votes. BC will likely be a slight underdog in this game but I feel this game will play out completely different than the low scoring battle that experts will be predicting. BC will get an early score and lead this one wire-to-wire. Turnovers and short fields will lead to scoring for both teams but BC emerges victorious. Final score = BC 36, Florida State 24

Jeff: This is a game that will get little national media attention but will have a huge impact on which team will represent the ACC Atlantic in the ACC Championship Game. Wake Forest gives us fits in Winston-Salem in recent memory so I am certainly worried that history will repeat itself. Last year, Boston College's victory might have been a loss if Skinner had not gone down to injury so I think Wake will once again move the ball against us and have success if their starters stay healthy. Final score = BC 14, Wake Forest 24

Brian: I agree that this game will have ACC Atlantic Division consequences. As Jeff pointed out, big-time mistakes have cost the Eagles two wins in Winston-Salem over the last 5 years. In 2006, a win against Wake would have sent the Eagles on to bigger and better things (their first ACC Championship appearance in their second year in the league). Instead, two Matt Ryan interceptions in the end zone later, the Demon Deacons were headed to their first ACC Championship game.

I actually have Wake Forest beating the best in the Atlantic this year - Clemson and Boston College at home, Florida State on the road against a suspension-depleted roster. Quarterback Riley Skinner and running back Josh Adams have big games, and the Deacons squash the Eagles hopes of repeating as Atlantic Division champs, 21-10. The Eagles losing ways in Winston-Salem continue.

Brian: No chance this happens again. Not to finish the season. Not at home on senior day. As painful as last season's 42 point Terp beatdown of the Eagles was last year, I don't foresee an encore presentation from Freidgen and the turtles. Gone are Keon Lattimore and Lance Ball (32 carries for 108 yards and a score last year against the Eagles) from the Terps backfield. Gone is last year's Terrapin starting quarterback that the Eagles faced - Chris Turner was benched in favor of Jordan Steffy. On the defensive side of the ball, Maryland lost 6 starters including big losses in the secondary. The strength of the team should be it's offensive line, anchored by up to five starters. The Eagles can exploit the Terrapins secondary, and I'll bet offensive coordinator Steve Logan still has a few tricks up his sleeve for the final regular season game. Crane, Purvis and Brandon Robinson have big games on senior day, and the defense adds a score. The Eagles avenge last year's disappointing loss to Maryland and roll 28-17, finishing the season 10-2 and second in the Atlantic Division.

Jeff: Going into this game I have the Eagles at 8-3 or 9-2 depending on whether or not they win against Clemson. If we are 9-2 (5-2) BC will be in the driver's seat to go to Tampa since they will have the head-to-head win over Clemson. They will need to win in order to win the division though because slipping to 5-3 just won't get it done this year. Alumni will be rocking so I'm telling you right now mark your calendars students and make your plans to return to campus early from your Thanksgiving break. No need to mention any players here or how Haden will eclipse 1500 rushing yards in his freshman season in this game. BC will just play good football and win an exciting but not too close game. Final score = BC 31, Maryland 20