Share All sharing options for: Headlines: Orpik Re-Signs with Pens 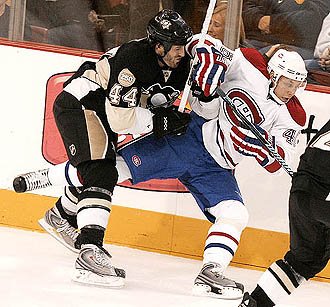 Brian: Wanted to close the loop on this one (again, special thanks to Christian for the heads up). Last week, ESPN Insider reported that Brooks Orpik rejected a multiyear deal from the Penguins and was testing the free agency waters this offseason. Not so fast my friend.

Orpik has re-signed a six year deal with the Penguins worth $3.5 million a year. Brooks was a solid contributor to the Penguins blueline, especially this past postseason. He lead the league in hits and blocked shots during Pittsburgh's playoff run, helping the team earn their first Stanley Cup Finals birth since 1991-1992. Congratulations Brooks.