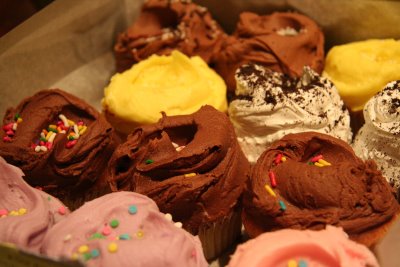 Brian: Here is a good look at the 2008 ACC out of conference football schedule from the ACC Football Report blog. One of the noticable recent trends in college football is the appearance of the FCS (or I-AA, whatever your preference) cupcake on the schedule. Of the 12 ACC schools, only Wake Forest is not guilty of scheduling these I-AA opponents in 2008 (as much as you'd like to classify Baylor football as a FCS program). Congrats Deacons!

Here are a list of the 2008 ACC matchups against I-AA competition:
Surprisingly, three ACC programs have scheduled 2 I-AA opponents on their 2008 schedule - Clemson, Florida State and Georgia Tech. BC hasn't scheduled as many of these opponents as other BCS schools in the past. The Eagles have hosted Maine in 2004 and 2006, UMass in 2007, and will host Rhode Island this fall. We also have a game with Hofstra slated for 2010. Jeff, what do you think of this trend? Are you playing the good cop or the bad cop on BC continuing to schedule FCS teams?

Jeff: I have no problem with one regional matchup with a I-AA team. For example, Rhode Island coming to Chestnut Hill will be a big payday for Rhode Island and a great chance for their program to get a little exposure that it cannot get otherwise. And since nearly everyone in the ACC and every other major conference is bringing in the I-AA opponents the scheduling is fair for everyone. However, Clemson, Georgia Tech, and Florida State scheduling 2 such opponents in the same season is a sign that someone might need to step in and put an end to this trend. The rules for bowl eligibility have changed over the years and perhaps it is time to go back to where you need 6 wins against I-A opponents in order to be bowl eligible.

Brian: Great point. I believe you can count 1 I-AA win annually towards bowl eligibility. It used to be that you could only count 1 I-AA win towards bowl eligibility once every four years. Given all the preseason hype, I don't anticipate Clemson worrying about becoming bowl eligible, but we could possibly see a scenario where Georgia Tech or Florida State (who I'm not that high on) are at 6-6 come December, which would make them bowl ineligible. It's also probably no coincidence that the Seminoles host Chattanooga and West Carolina in the first two weeks of the season. FSU will still have several players suspended from last year's academic cheating scandal.

Still, I'm not overly high on the practice of scheduling I-AA teams but it appears to be a trend that isn't going away anytime soon. As you say, Jeff, one regional matchup is good for piquing regional interest in college football and stuffing the I-AA school's coffers, but more than 1 I-AA opponent a year seems a bit excessive.