All Eagles fans have already heard the news. Matt Ryan is a made man. The Falcons are throwing $72 million dollar at their signal caller of the future, $34.75 of it guaranteed! This leads Jeff and I to consider the following question ... what would you buy with $34.75 million if you're Matt Ryan? 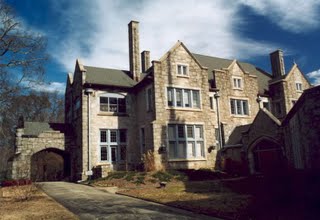 Jeff: There have to be some pretty nice houses in the Atlanta area and Matt will certainly be the proud owner of one of them. After his purchase though, he needs to buy out all of the the BC bookstore's photographs and paintings to help decorate.

Anything Peter King of SI.com wants

Brian: And I mean anything ... A double-double with cheese? You bet. A new Aston Martin? Sure. A romantic weekend at a Caribbean Sandals resort for two? Why not? With the retirement of his holiness Brett Favre, Peter King has no one left to slurp. What if Matt Ryan can fill the void left in the heart of the Monday Morning QB? Nothing would help Matt Ryan's pro career more than winning over King's affection.

Jeff: Matt needs to come back to the Heights on his BYE week and catch a game and he needs to tailgate in style. During the rest of the season, I'm sure some of his family and friends would rather be doing some tailgating in Chestnut Hill than getting ready to head south and watch the Falcons play in the Dome. 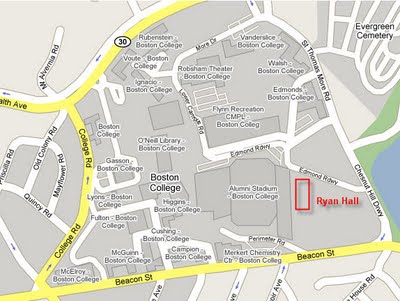 The name of one of the new BC dorms

Brian: Forget tailgating on Shea Field, why doesn't Matt just buy a building on Shea Field? I want to see the senior class of 2015 stumbling home from the mods to Ryan Hall on Shea Field. Street address - #12 Edmond's Road. Heck, why don't we just rename St. Thomas More Rd. to Matt Ryan Way? I mean, if Doug Flutie can have Flutie Pass in Natick, I think the days of "St. Thomas More Rd." are numbered. "Ryan Callendar Pass", anyone?

Gifts for the offensive line and receivers

Jeff: They haven't done anything for you yet, Matt, but they will and they're going to have to. Kobe Bryant just bought all his teammates $9,000 watches for winning the MVP award. You need to win your teammates over quick so that you can live up to this contract you just signed.


What did we miss? Leave your thoughts in the comments section.