Share All sharing options for: Headlines: ACC Football to Move to 9 Games? 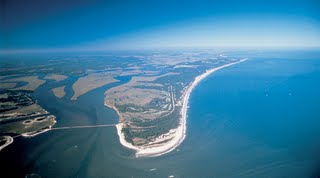 Life is tough as an ACC official as ACC brass meet today in Amelia Island, Florida.

Football is a different animal though. Nine games is still not enough to play everyone in the conference every year so I don't see a ton of value in it. I think having nine conference games would almost force DeFillipo to schedule more MAC teams or other easy victories without 2 optional out of conference games assuming that the BC-Notre Dame series continues. I do not see that as a good thing. I want to see BC play USC or another PAC-10 team, Big Ten or SEC team each year. And I would think you can throw my idea of BC playing UConn every year in Foxboro out the window if the ACC goes to 9 conference games in football.

Brian: I also don't think that the ACC will move to 9 conference football games. A ninth game would only be another home game every other year for teams. So while the 9 game slate is touted as saving money and making scheduling easier for the teams in conference, some years it would take away from that lucrative 7th home game for ACC teams. Plus, as you mention Jeff, if ADs were given one less out of conference game to schedule, it's likely that the matchups piting major BCS teams together would suffer in favor of games against lesser competition. I can't see Clemson scheduling SEC rival South Carolina and Alabama in the same season over Furman, Coastal Carolina and other non-BCS schools. ADs will look to pad their resume with wins and will most likely be more reticent to schedule more than 1 blockbuster BCS matchup a season.