Happy Time: All Matt Ryan, All The Time

Share All sharing options for: Happy Time: All Matt Ryan, All The Time 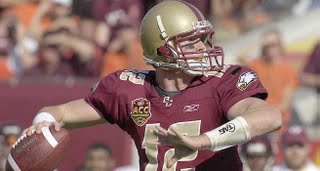 Reasons for Matt to be happy: 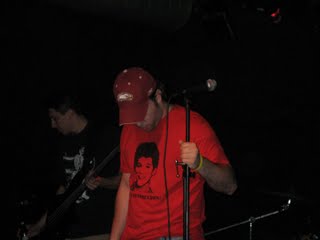 Also, a 'Happy' BC Interruption shout out to our resident Eagles in the NHL and BC hockey expert Christian. Christian and his band, Evil Empire (a Rage Against The Machine tribute band), played their first gig in Hoboken last night. I attended and can report that they were pretty awesome. Here's a pic of Christian representing the Eagles with his BC hat (special thanks to BC Interruption reader Elizabeth for the picture). The hat stayed on for all of 1.25 seconds before he was channeling his inner Zack de la Rocha while singing and jumping all over the stage.

We are hoping that Christian's new hobby doesn't take him too far from the blog as we are still waiting on his fifth installment of Eagles in the NHL which, by my estimation, should include the Pittsburgh Penguins' Rob Scuderi and Brooks Orpik as they are 4 wins away from winning a Stanley Cup. Just saying.