Share All sharing options for: Matt Ryan Jerseys You Would Never Purchased

Brian: I'm pretty pumped about watching #12 Matt Ryan get drafted later today. On the other hand, Jeff couldn't care less where he is drafted. To celebrate the occasion, I might go as far as to purchase an NFL jersey of #12 after the dust settles and Ryan is made a rich man.

But as ESPN College Gameday's Lee Corso likes to say, "not so fast my friends!" I already have my pre-existing NFL allegiances, biases and hatreds. I can't just go out and purchase any NFL jersey, even if Matt Ryan was the greatest signal caller we've seen play at BC. This lead us to ask the question:

Even if it was the uniform of an ex-Boston College great, what NFL teams would you under no circumstances purchase their jersey?

I swear, under penalty of death, that under no circumstances would I ever buy a Matt Ryan #12 jersey, if Ryan is drafted by one of the below teams: 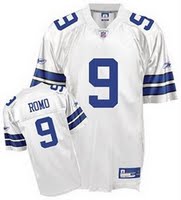 NFL Team: no one team, really
Casual fan of: the New York Giants, New York Jets and the Seattle Seahawks

I swear, under penalty of death, that under no circumstances would I ever buy a Matt Ryan #12 replica jersey, if Ryan is drafted by one of the below teams:

We have surely offended your NFL team. After reading this article, hate mail for Brian can be sent here. For Jeff, go here.

Leave your own list of teams in the comments section below.