Put Another One Up in the Rafters ...

Share All sharing options for: Put Another One Up in the Rafters ... 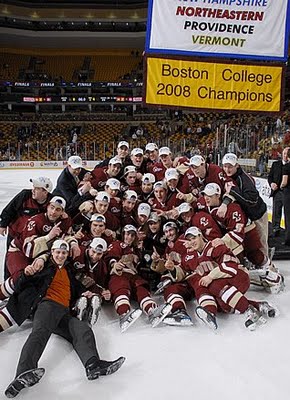 The tournament MVP was Hobey-hopeful Nathan Gerbe who narrowly beat out BC netminder John Muse for the award. All-tournament honors went to Gerbe, Muse, Brennan, Ferriero and Sneep.

Congratulations to York and the team on a solid win.