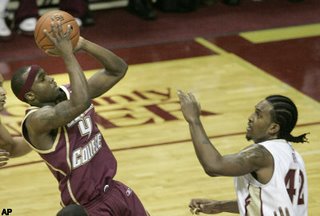 Brian: Rough weekend for the Eagles, the men's hoops team loses in Tallahassee and the hockey team gets swept by UNH. As I was not able to watch the basketball game, break it down for me.

Jeff: I didn't like the loss obviously and didn't like much about this game because BC should beat FSU on any court this year in my opinion. Once again though the guys shot way too many 3s in the second half to try and get back into the game. It wasn't as bad as last game, they only shot 10, but still they shot 30% from behind the arc and 70% from inside it in the 2nd half.

I don't know though Brian, every game I watch I still see so much potential for this team so I still think they can win at Virginia Tech, and Miami as well as beat Georgia Tech and possibly UNC at home.

Brian: Although I'm not as optimistic as you, Jeff, I think its very important for this team to qualify for the postseason. It will take a few wins down the stretch to make the NIT. Any postseason exposure will be a good experience for this very young team. As much as losing sucks and Eagles fans have been spoiled the past few years, I think everyone needs to have some perspective and patience with this squad.

Jeff: Great point Brian, a few more weeks of practice and games would help this team in the long run, very similar to 6 and 7 win football teams making bowls.